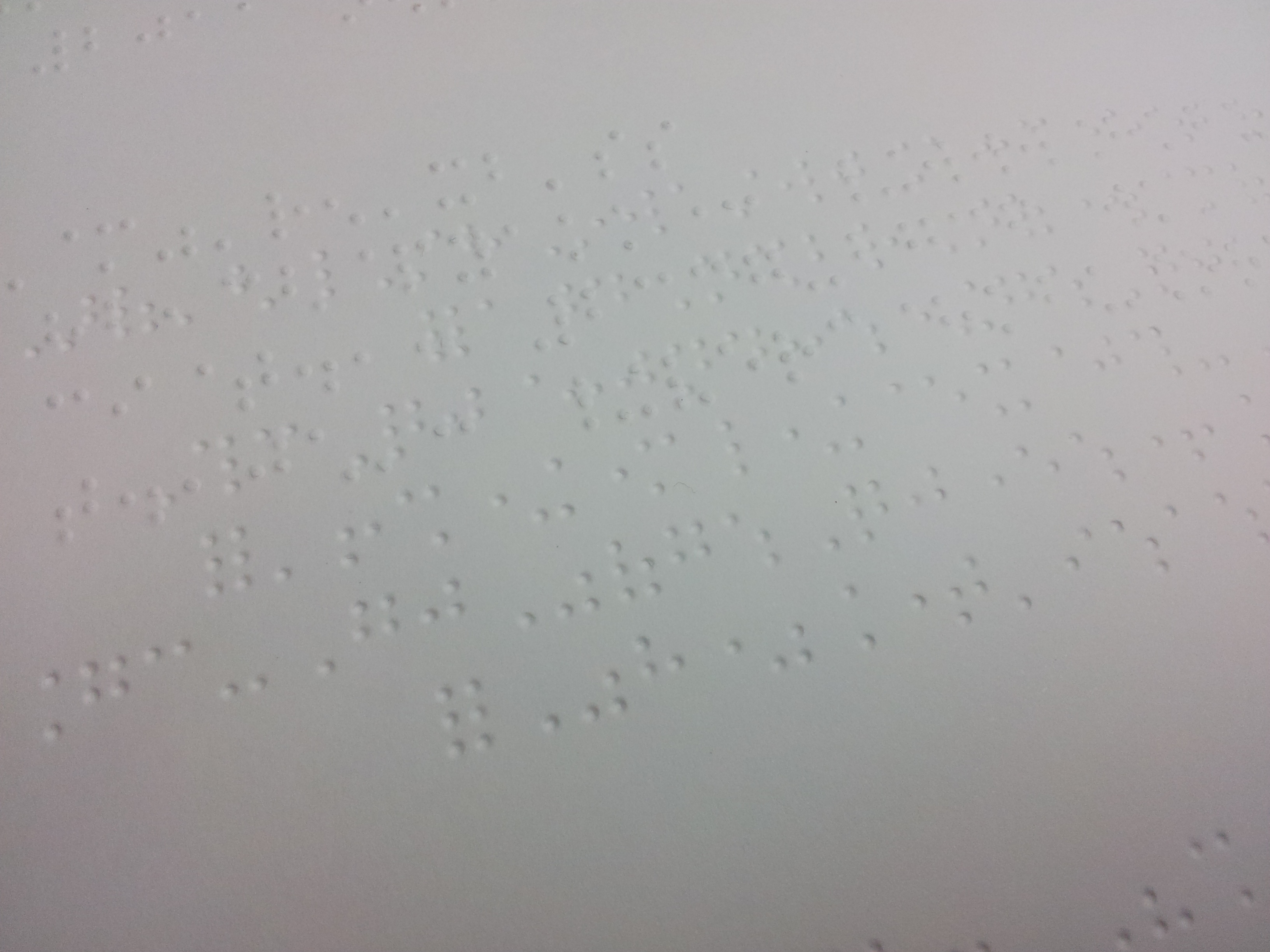 Braille is also called “blind script” in mainland China or “raised script” by some in Hong Kong. In Braille a word has six points, 3 on the left and 3 on the right from top down. On the top left is the first point, and on the bottom right is the sixth. Different combinations of points represent different words. For example, when both the first and the fourth points are raised, it is “C” in English, and when the first, third, fourth and fifth points are raised, it is “N” in English. The indication for upper/lower case differs from country to country.

The Chinese Braille is roughly divided into Cantonese Braille and Mandarin Braille. Since the basic components of Braille are different points, the Chinese Braille represents pinyin, the sounds of the language. Each Chinese character takes up 2-3 Braille cases to avoid homophones. At present, the computer can help correct wrongly written Braille characters, but only in a limited way.

To save space and provide more information, there has appeared the 8-point Braille, with one additional point written on bottom left (the seventh point) and one on bottom right (the eighth point). The 8-point Braille mainly appears on computer screens, representing regular script in big characters or some other special script.

In order to facilitate handwriting and save space, an adequate set of abbreviations for English Braille has been established since long ago. For example, “D” stands for “DAY”, “E” for “EVER” and “+” for “ING”. Besides, in English Braille A-J represent numbers 0-9, while with the third point added A-J represent letters K-T; A-E with the third and sixth points added stand for U-Z, where W is excluded as it is represented by the second, fourth, fifth and sixth points. Block letters are indicated with the sixth point before them.

For numbers, the number sign (the combination of the third, fourth, fifth and sixth points) is added before the letter. In English Braille, A=1, B=2, C=3, and so on.

Tips for Communication with visually impaired

1.      The visually impaired may have different degrees of visual impairment. So it is necessary to know their specific abilities.

2.      Like the sighted, each of the visually impaired has his/her merits, demerits and unique personality.

3.      Most of the visually impaired are intellectually normal.

4.      When talking to the visually impaired, do not raise your voice or ask a third party to explain what you have just said.

5.      It is not necessary to deliberately avoid using words such as “visually impaired” and “blind”.

6.      Do not assume that people with visual impairment have poor knowledge.

7.      When talking with the visually impaired, introduce yourself first.

8.      When ending the conversation, let the visually impaired person know that you are leaving so that he/she is not left talking to the air.

9.      Do not show your pity while talking to the visually impaired.

10.  Do not utter your surprise when seeing the visually impaired finish some everyday tasks (e.g., shopping) skilfully.

11.  When guiding the visually impaired, do not pull or push them. Please refer to the Sighted Guide Techniques for how to guide them correctly and safely.

12.  When dining, use the clock localization method to tell them what food is on the table and where the tableware is; do not fill the cup to the brim.

13.  When helping the visually impaired take their seat, place their hand on the back or arm of the chair and let them sit down by themselves.

14.  When people with visual impairment are in a room, do not keep the door ajar. Otherwise they may bump into it and get hurt.

16.  Keep the passage clear. Otherwise they may stumble. 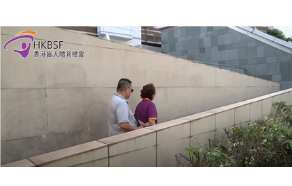 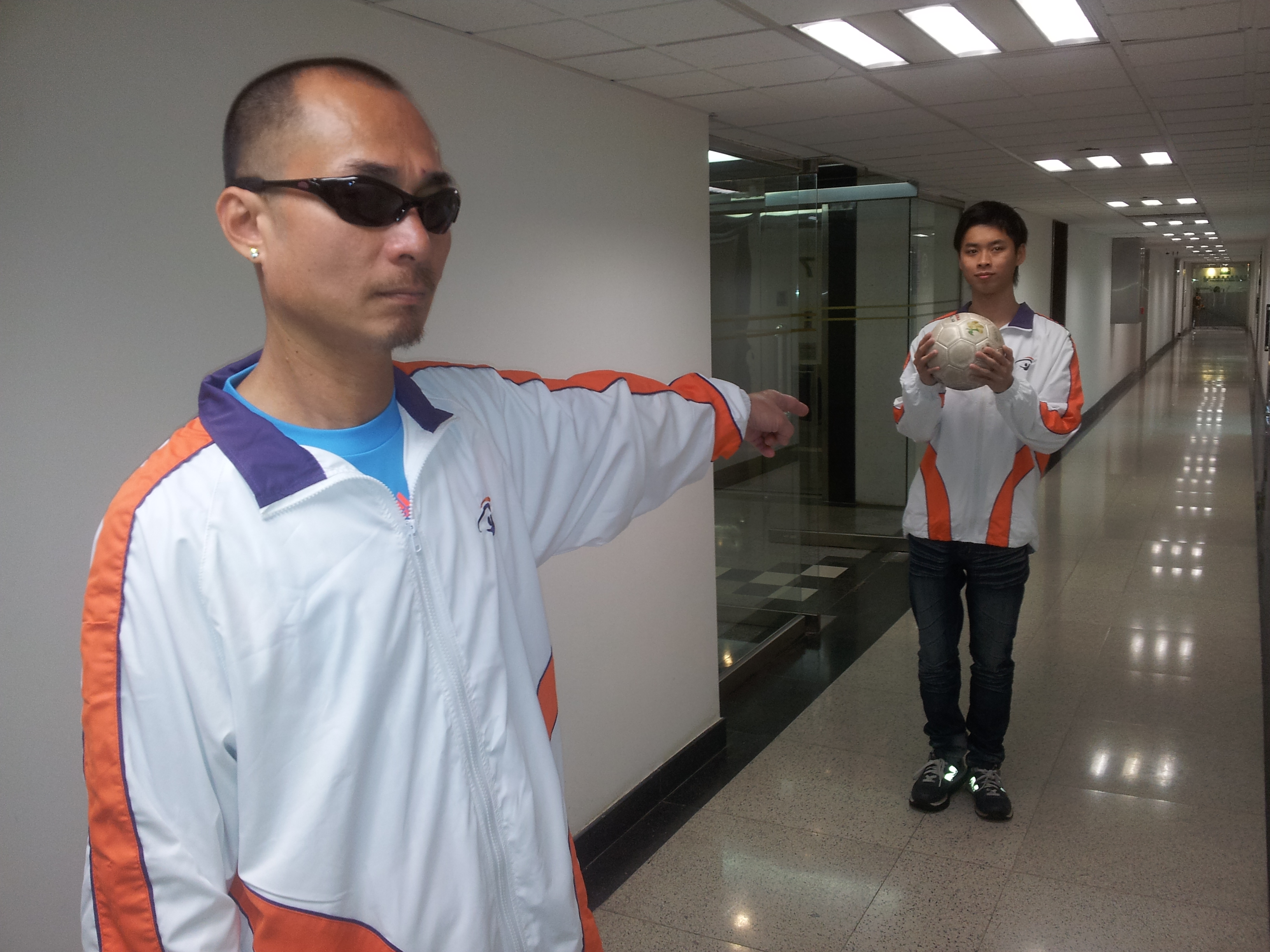 In showing the directions to people with visual impairment, never use “this way” or “that way” as it is very unclear and imprecise. The proper way is to use the method of positioning by means of clock direction. 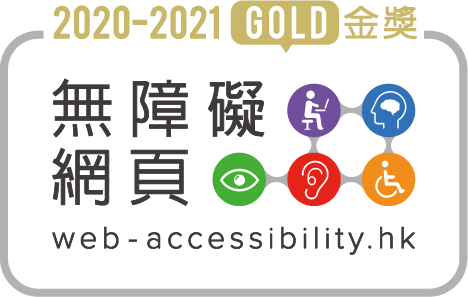